As you might know, Rita's story revolves around the concept of cuckolding/netorare. It is not an unexpected turn of events, since when the player first meets her she is a patient and she has an older boyfriend who she's not very happy with, up to the point that he leaves him almost overnight to spend her days with the doctor.

Telling a story like this one easily falls down to cliches, as telling Claudia's story, and I wanted players to read something that wasn't too cliché, because I feel we already got plenty of them in most games nowadays, and I initially started this project to "deliver you the game I always dreamed to play." 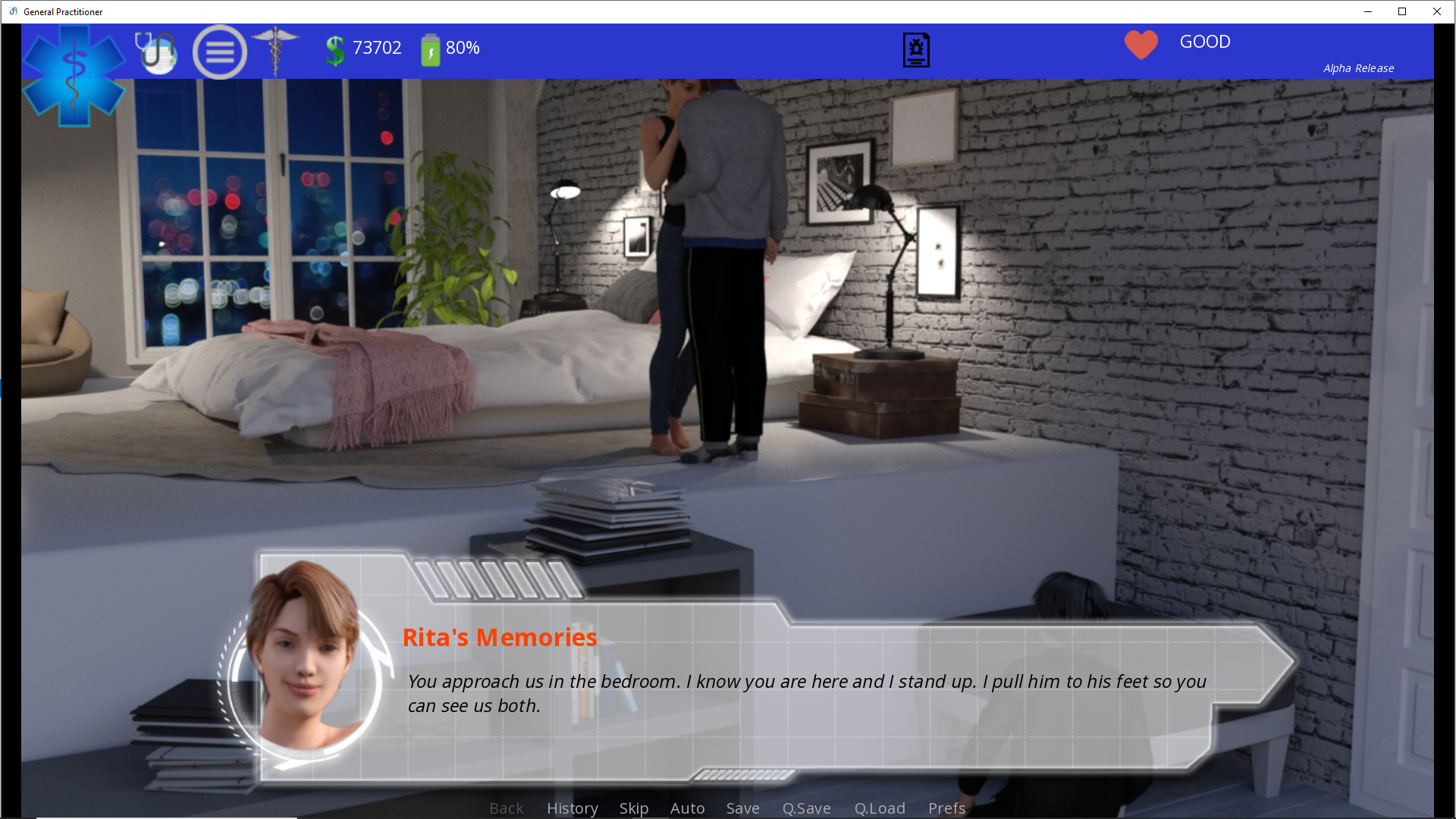 When choosing to tell this story, in a very important chapter for the doctor's story with Rita, I also chose to have HER telling the story as she was writing out her memory or something, or even a letter to her lover (you).

You will be able to enjoy this story on June 6 on Patreon for our crowdfunders, but the retail release will come a month later as usual for everyone to play both on Steam, Itch.io etc. 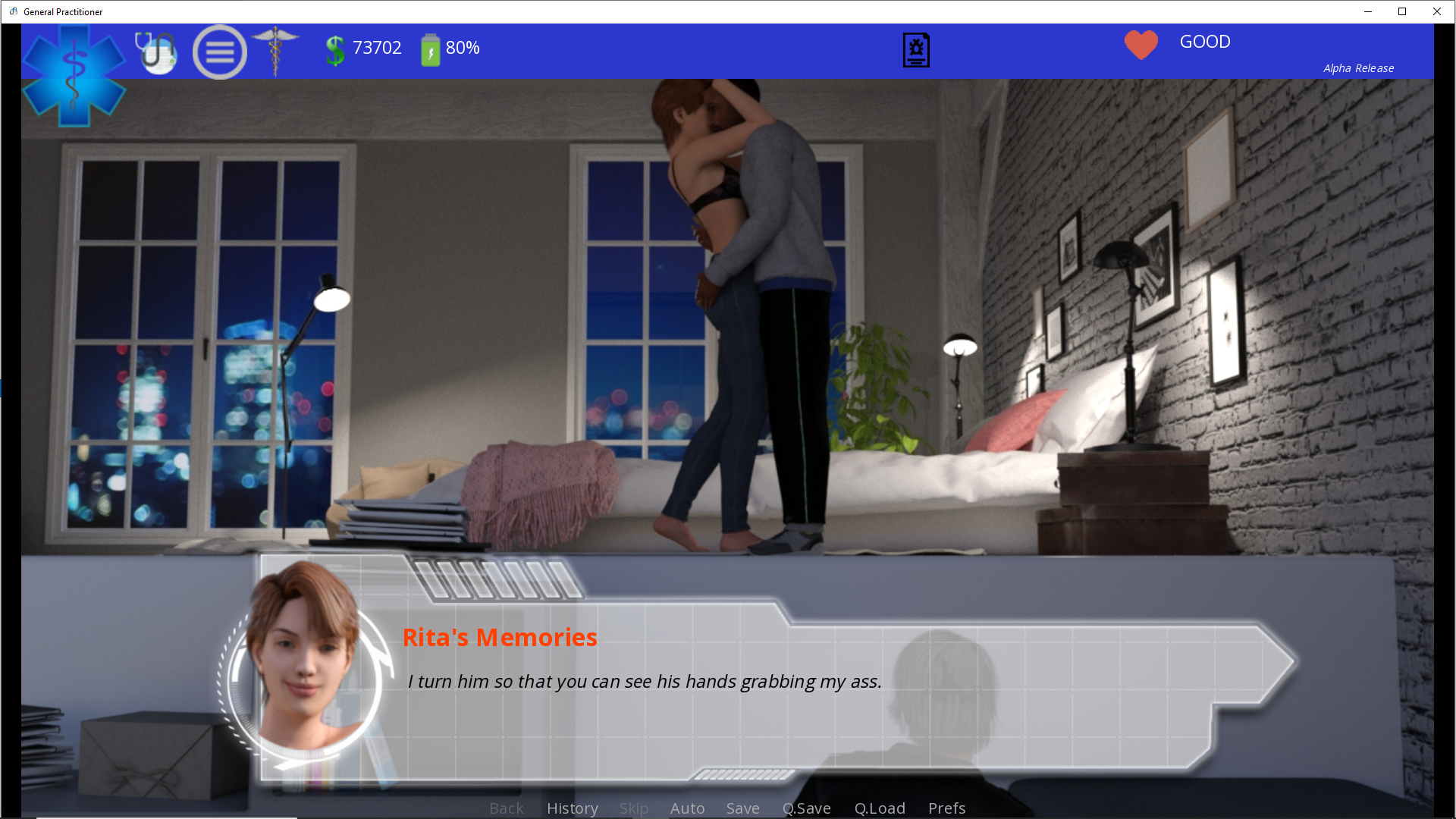 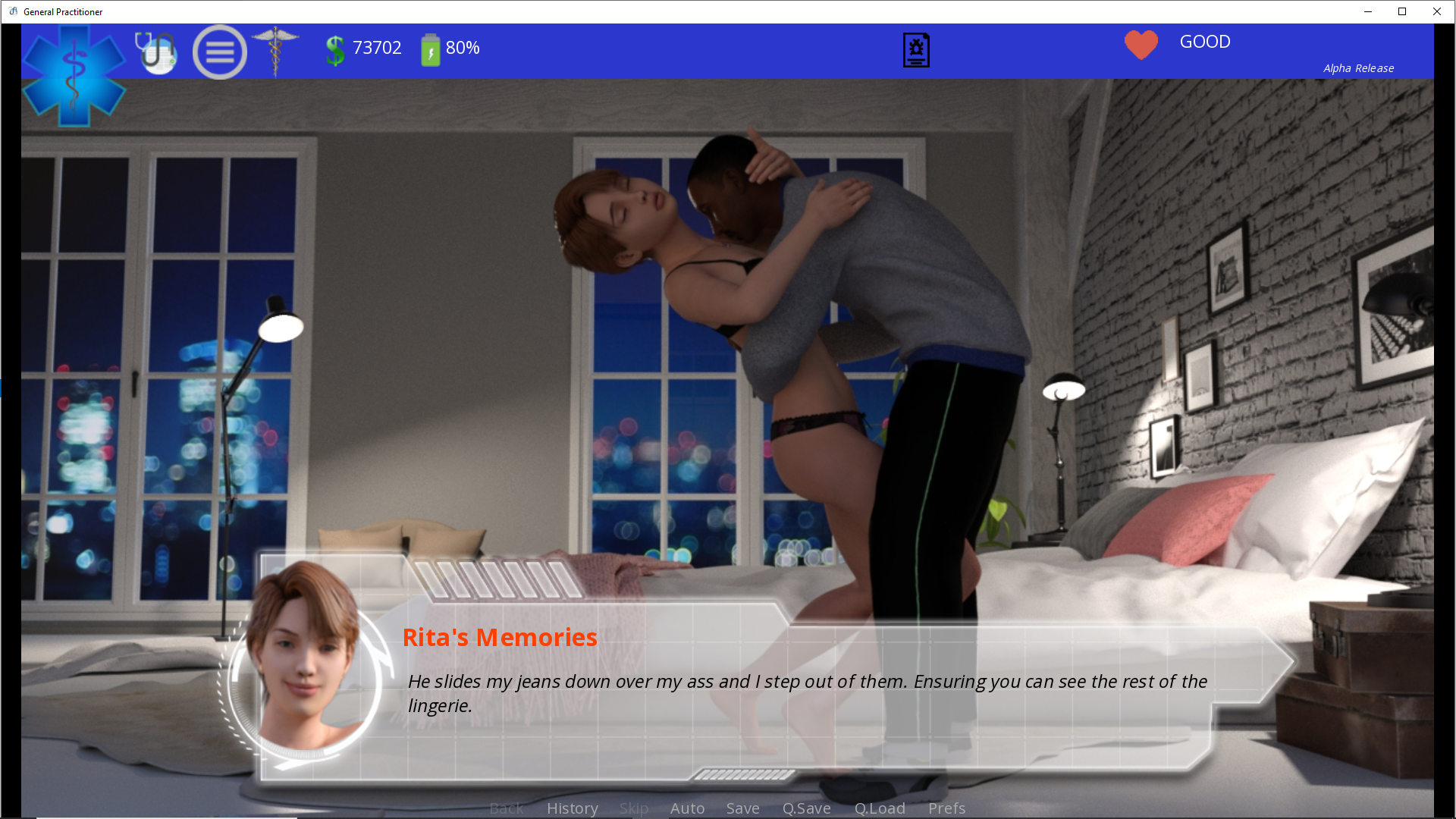 I think you'll be moved by what happens on screen between Rita and her unknown lover, who isn't given a name nor an image to better express his complete foreignness to the player. One way or another you will be asked to make a choice (more than one), and one of them will also unlock an animated sex scene added for this chapter. 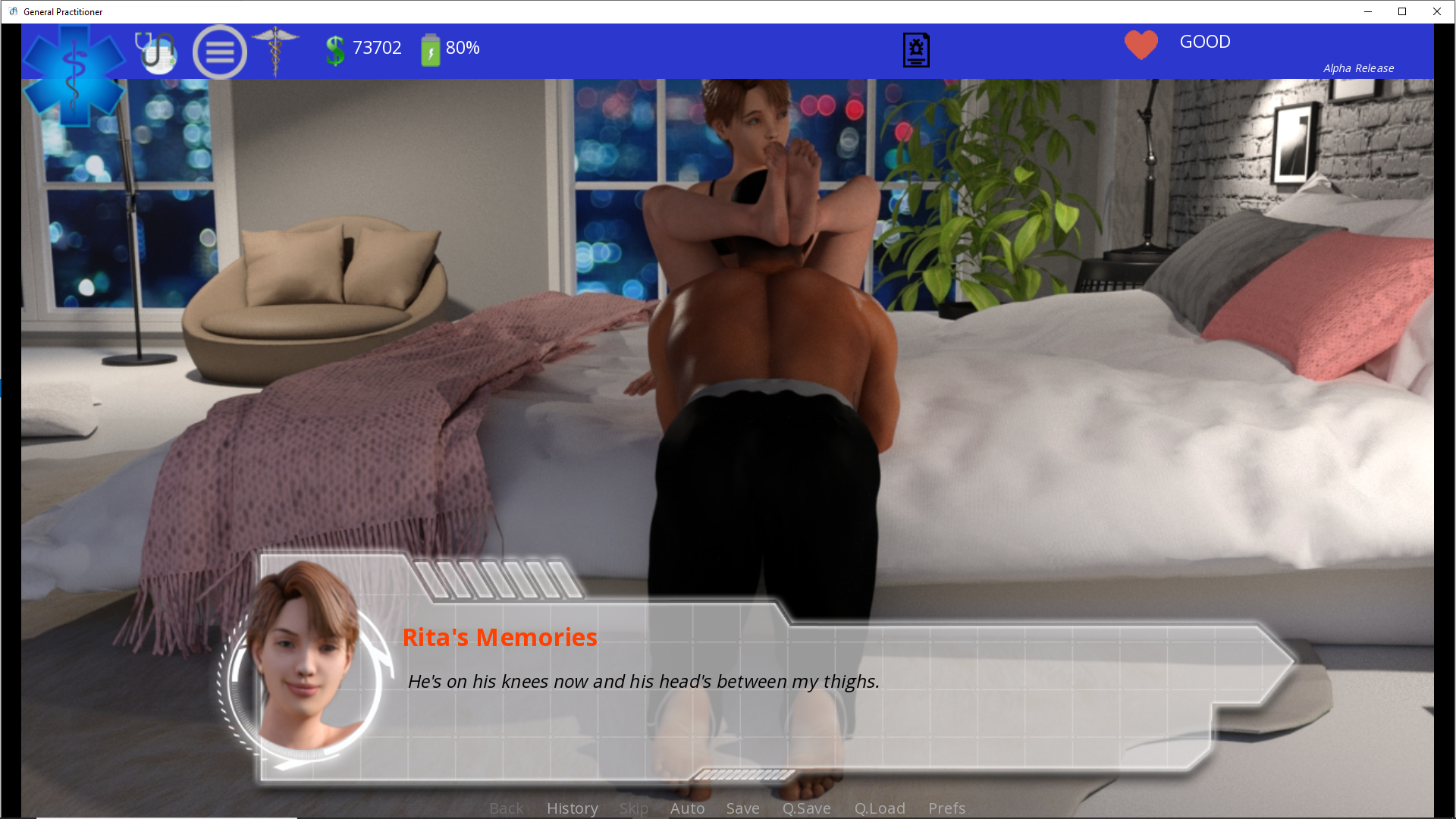 No more spoilers, play 0.0.26 and enjoy Rita's story when it will be available :)