After the Personalized Postcard you will have the option to grab General Practitioner at a discounted rate of 30%!

This sale won't be repeated as the game won't receive a discount so big before its Final Release, so it's the best way to get a copy of the game and support its development!

This picture shows a very early draft of the game, maybe the very first picture I made for the game which of course didn't get into any part of it. 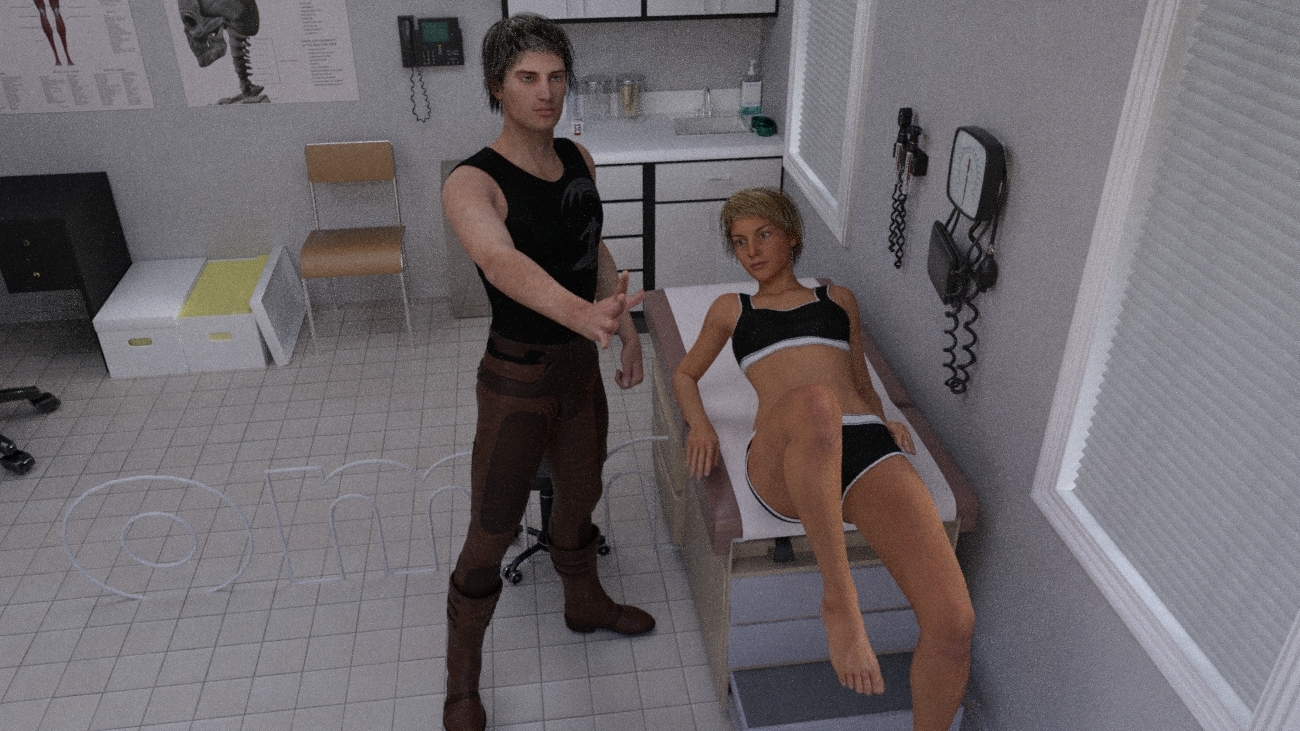 You can see a very rough quality, and the Doctor wasn't wearing his coat. He even didn't have any beard, but its iconic hair were already in place!
Also, that patient looked very pretty and sexy, and she was the first concept art for Rita, but she never made it into the game either and her character model was later re-used for Nurse Thompson character a few updates later.

The clinic was there, at least the main examination room. This picture is dated 13/05/2017, and development of the game progressed A LOT thanks to an oustanding fanbase which built around this Visual Novel.

Thank you for your support over the last two years. This sale is for those of you who still wish me to continue developing amazing Visual Novels.