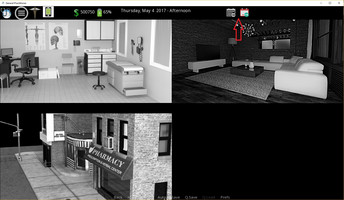 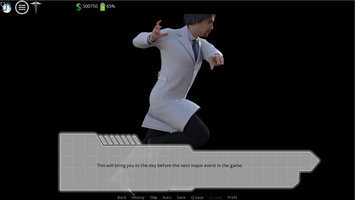 Another very important feedback I received from the community involved the number of in-game days that pass between main events. Sometimes before the newest medical exams or story chapters a number of days pass without anything else to do if not going around the city and/or the clinic.

Of course with the Random Examination Program you can play countless medical exams each day, random events in city places allow for a change of pace while increasing stats, however some might just want to go straight to the new important point in the story. 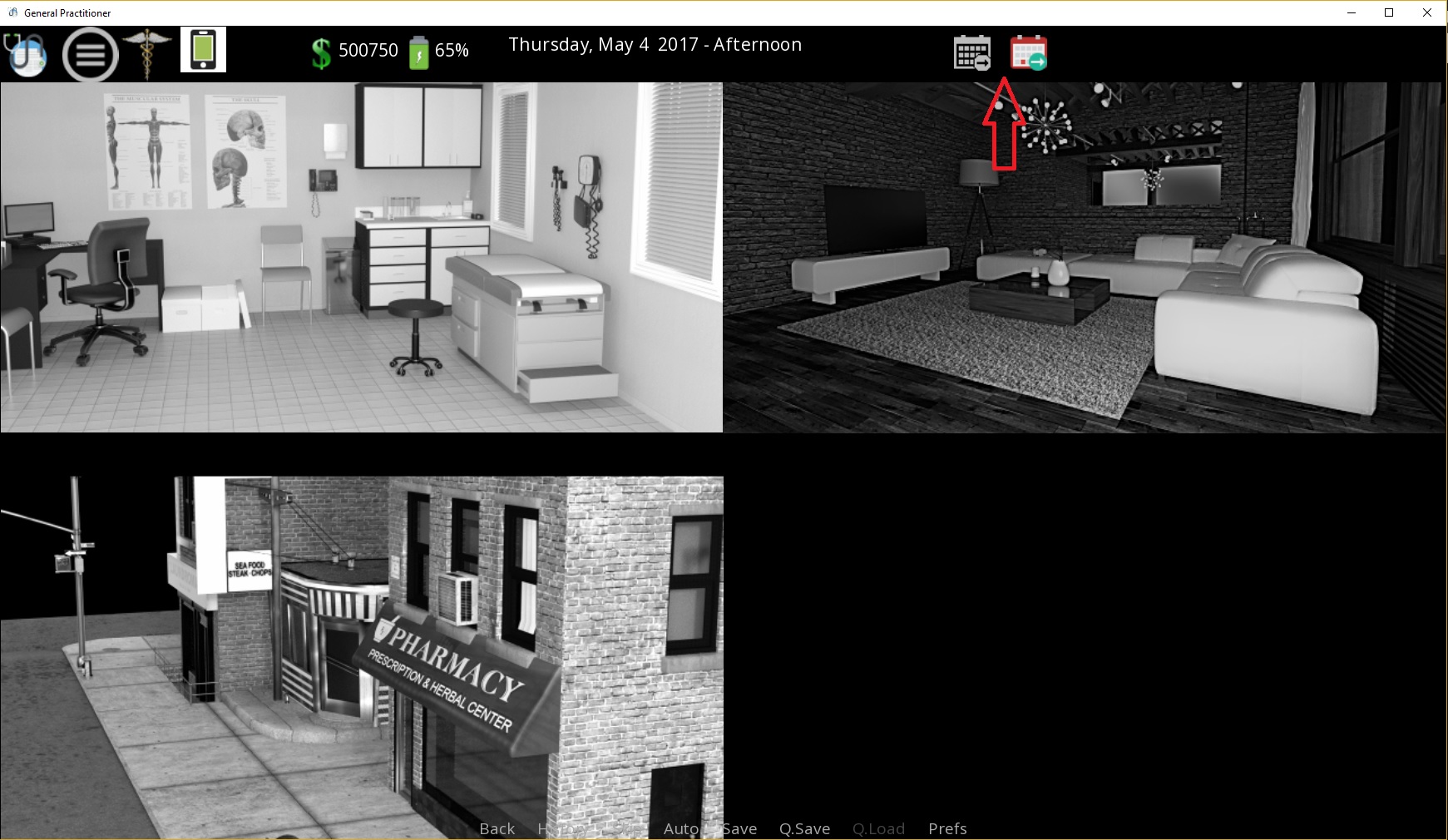 The first one (the black/white one) will allow you to skip to the day of the next available medical exam, while the other button will bring you to the day where the new story chapter will begin.

Of course when skipping to the next event will cause the game to switch to a new month the game will also warn you about payments that occur at the first day of the month, this way the buttons won't be used as a cheap cheating system but as they were intended (still, 0.0.18 will feature an increase in starting money to balance it further). 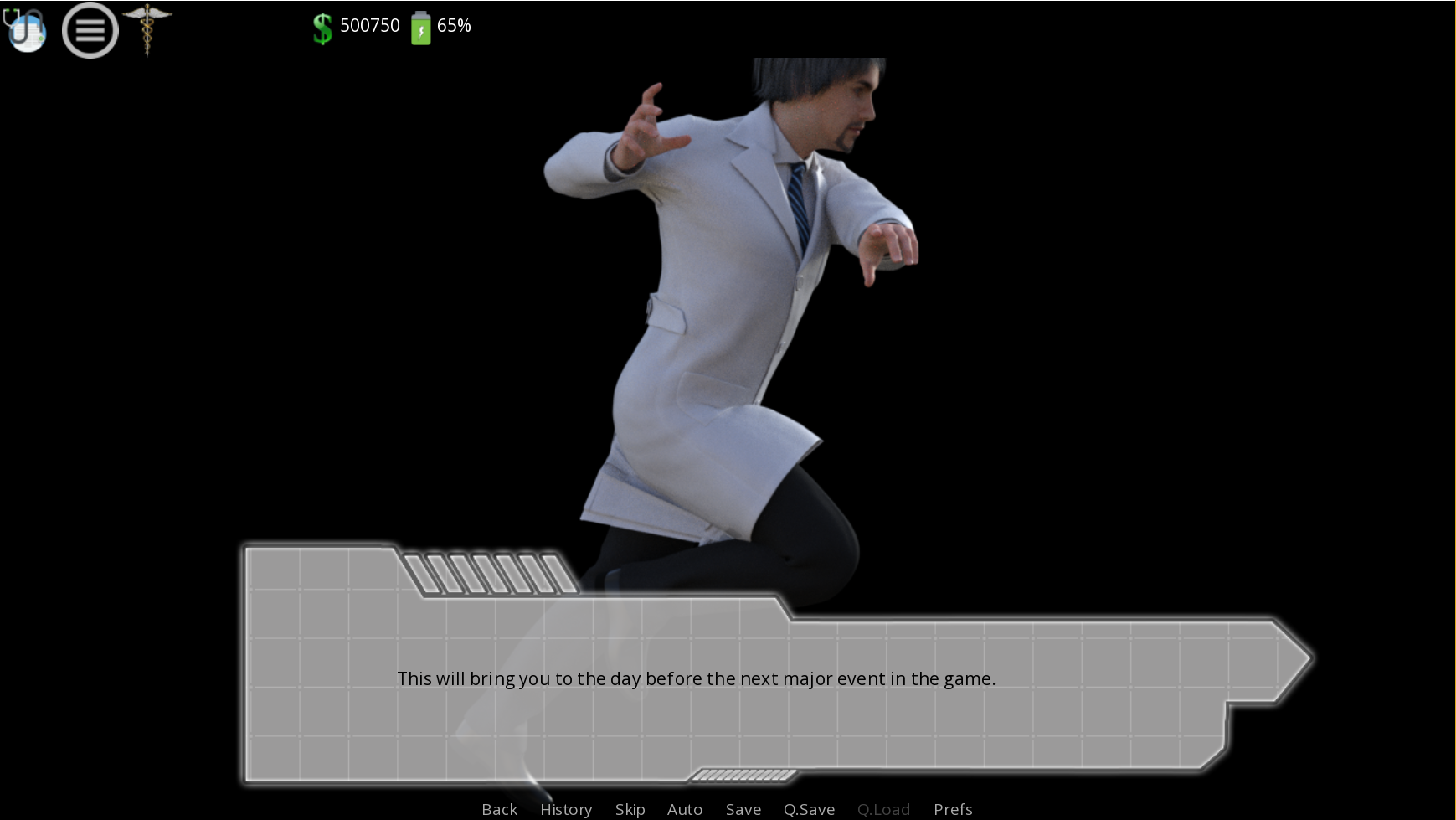 What do you think about this brand new feature?

Thanks for following the game and supporting it, I hope you'll enjoy it more and more update after update!

Be safe and healthy