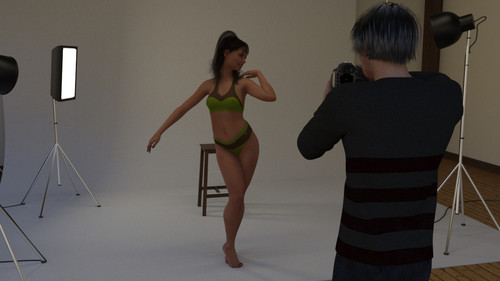 Patrick Stewart just told us he will be repraising his role as Captain Picard in a new Star Trek series, so I understand this announcement is way less exciting, but I feel you'll like it anyways.

Alpha update 0.0.17, nicknamed "Our Clinic, my Family" will explore the main story arc from the Doctor's relative's story arc, which means a whole new chapter completely different from Erika's, even though the investigation over the dead girl's will be central of course.

It will also include a deeper knowledge of the relative, a chance to deepen your bond with her and learn something more about your relationship as you go further.

Other gameplay elements will be disclosed in the coming days of course, but expect a HUGE improvement of Random Medical Exams this month plus many other features!

Release dates are as follows:

Late October free for all

Thanks for following the game and supporting it!